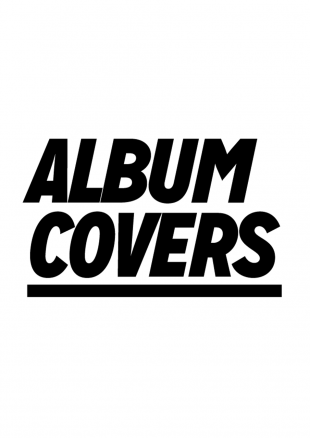 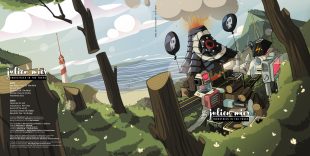 Proud to announce my third album artwork for my dear friend Julien Mier!

Some might know him as his moniker Santpoort, but Julien has been working on his album for a few years, making this the crown on his overall work.

And truly, I must say, it’s an honour to develop this cover art for a musical gem like this one.

An album inspired by the destruction of the environment and a kinetic energy that comes along with society and inventions.

It’s a portrait of nature’s complex pattern and tries to craft a serene and melancholic scent in the chaotic twirling and rummaging landslide of organic and manmade objects.

To give the music a finite touch, it degrades in a cascade of eroding instruments and tiptoes between the electronic and acoustic manipulation of sounds.

Melodies written in the digital realm are being transposed to real instruments and re-processed afterwards in the digital world where it currently sits.” 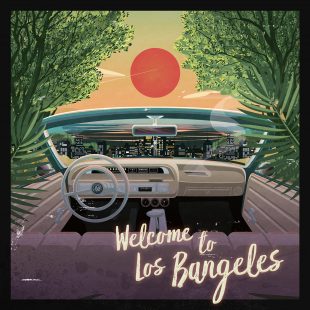 I remember my cuz Dagger DX connected me last year talking about me providing him artwork for the EP, but in a way that I’ve never explored before.

I had a hard time, but was madly excited as well. I decided to take a leap and make an artwork without lines 😱.

It was one of the most fun artworks I’ve done that year and discovered a lot of new tools and skillsets that I have been using all year, ever since I finished this artwork.

Like using the illustrator blob tool, I actually learned how to work with that since this illustration.

Pushing yourself into new ways of working always gives you new insights, not only regarding art, life as well! 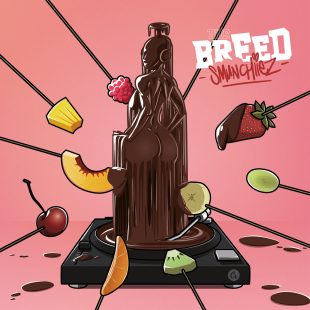 Artwork made for Chillhop artist The Breed, will be released next week as a digital release and special white vinyl edition too!

Smunchiiez is an album that reflects the munchies after sex according to artist The Breed. I agree. 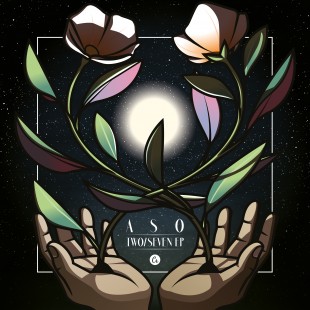 Artwork made for Chillhop artist ASO who made this as a dedication to Nujabes and a bit of Dilla. Both born on the seventh of February.

The general idea is: “Bless the hands that gave us life.” As their music gave us so much beauty in life which we can enjoy and grow from.

Summer is around the corner and that means another seasonal edition of Chillhop Essentials!

Imagine yourself on a balcony or rooftop overlooking the cityscape and mountains while listening to these warm summer beats, or just look at the cover for this one!

Soon to order as vinyl! 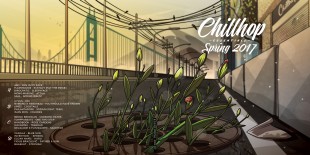 Very proud to announce that I’ll be designing this year seasonally editions of the Chillhop Essentials releases; Spring, Summer, Autumn and Winter! The compilation has been released only a few days on LP and already sold almost 500 pieces!

To listen and order an LP, go to https://chillhop.bandcamp.com.

With nearly 440k subscribers on YouTube and counting, Chillhop is growing into a huge brand where quality soul-soothing music is released for people who love to listen to warm atmospheric beats during their daily activities. 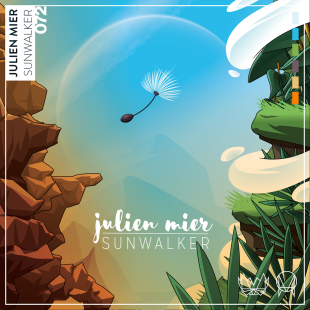 This is my third cover for Julien and the story continues where it left off, flaoting on the beams of sunlight onto new grounds. 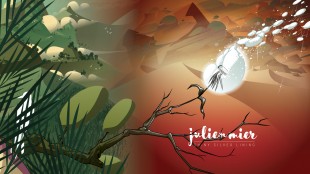 Once again, the insanely talented musician Julien Mier asked me to make a follow up of his previous album Out Of The Cloud. He actually refused a pretty known recordlabel because they wanted to use their in-house graphic designer. That was crazy to me. But I was glad to construct this for him.

This album reflects a dark moment in time for the man and he wanted to reflect the beauty of decay. The album is amazing and I’ve been looping it while meditating until something popped up, this was my translation of his beautiful music.

You can buy this album right >HERE!<. 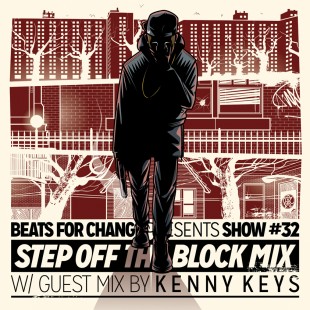 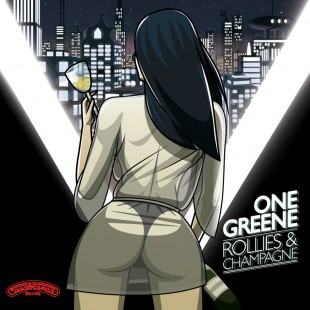 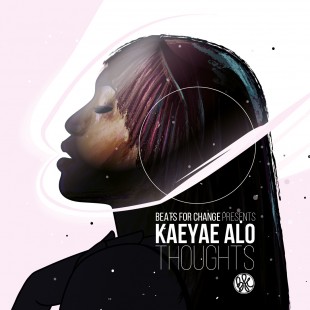 We from BfC teamed up with the lovely vocalist KaeYae Alo (aka Asha Moyo) to release a new single “Thoughts”.

100% of all funds raised on this release will be directly invested into people in developing countries that are looking to raise money to grow or start a business in order to have a chance at a better future. 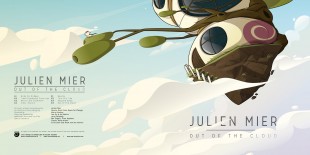 Julien Mier – Out of The Cloud Album Cover

The crazy talented musician Julien Mier personally asked me to illustrate his new album Out of The Cloud. I was very humble to make the artwork of this true masterpiece. You can buy it >HERE<. 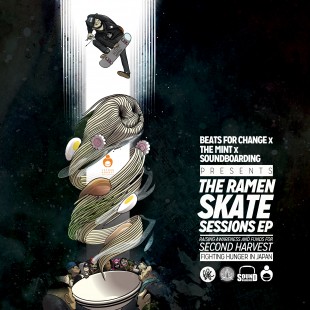 This Japan focused release “The Ramen Skate Sessions” is an exclusive 19 track heavy weight producer compilation with all 100% of proceeds going to Second Harvest Japan – A Group that helps out with hunger needs in Japan. Read more about what Second Harvest is doing in Japan (http://www.2hj.org/english/)

The audio release is part of a larger collaboration with The Mint (http://www.mintskate.com) and Soundboarding (http://blog.livedoor.jp/soundboarding/), 2 skate boarding brands in Osaka, Japan. With them we’ve teamed up to release a limited edition skate deck designed by Marvin Bruin as well as a live music event in Osaka on October 17th, 2014 at The Mint store. 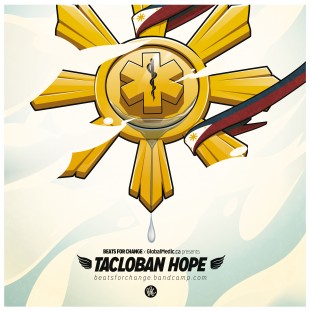 Beats for Change and GlobalMedic.ca presents: “Tacloban Hope” A fundraiser for The Philippines.

With Tacloban Hope we, from Beats for Change, put our heads together with Global Medic and 22 top notch producers and musicians to produce an album where every cent goes towards Global Medic that is arranging water purification units and tablets in the struck area of The Philippines.

We got producers like Moods, Trian Kayhatu, Tall Black Guy, Kenny Keys, Julien Mier and way more ill musicians to cooperate with us.

After two weeks we already reached 20.000 plays, got in the top 5 of bandcamp.com and raised a small $1300. We are super proud to have reached this and want to thank everybody that participated and donated! 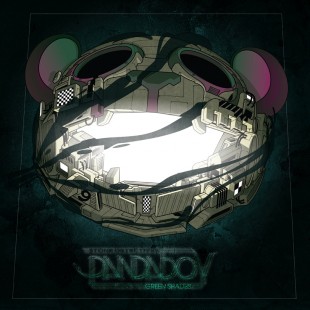 The title track ‘Green Shades’ has been aired by EVR radio (NY), KCRW (LA), Radio 6 (NL) and more. Even the track ‘My Condoleances’ reached the Jon Oliver’s EVR’s Main Ingredient with Jon Oliver top 20 of 2012. Insane!

Listen to Green Shades on Bandcamp. 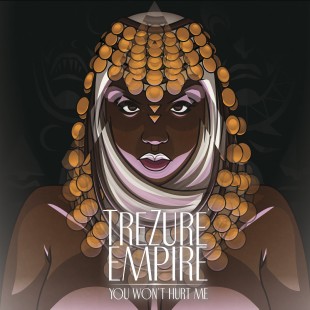 TreZure Empire – You Won’t Hurt Me

Sweet electric bolts of female vocal power. That’s TreZure Empire. The Brooklyn based vocalist asked for an illustration for her new single release. I gladly delivered.

This is the more ‘sexy’ version. 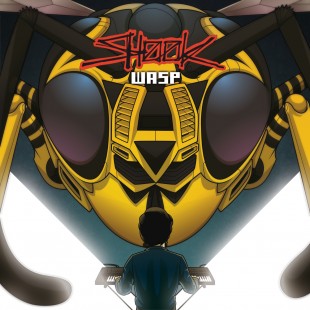 Unofficial cover for his album W.A.S.P. 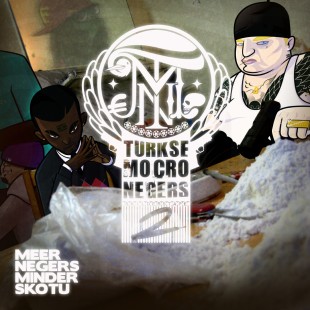 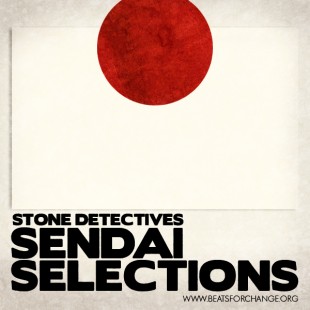